A Special Collection of culinary titles from the provinces of Manitoba, Saskatchewan, Alberta, British Columbia as well as the Yukon and Northwest Territories. 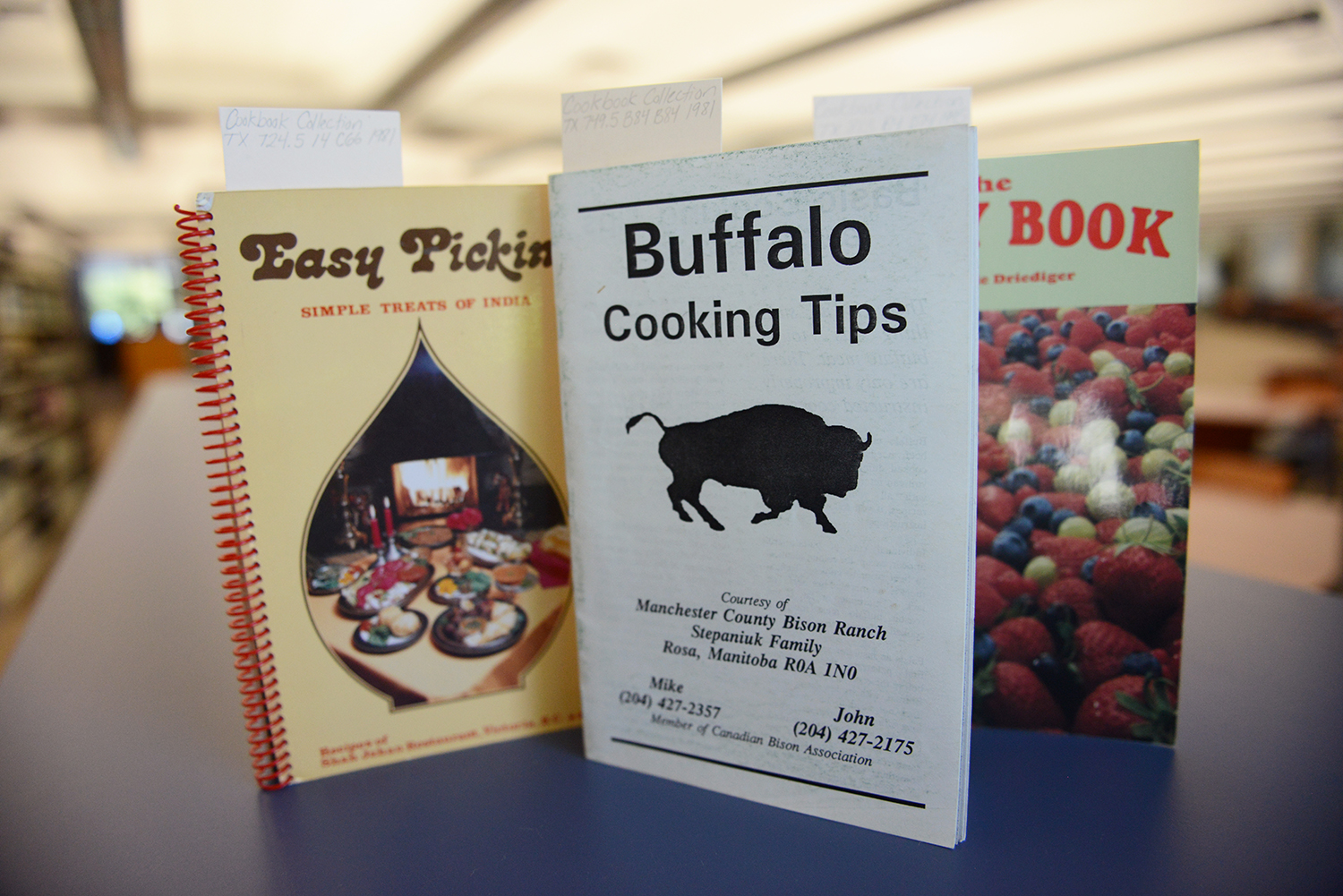 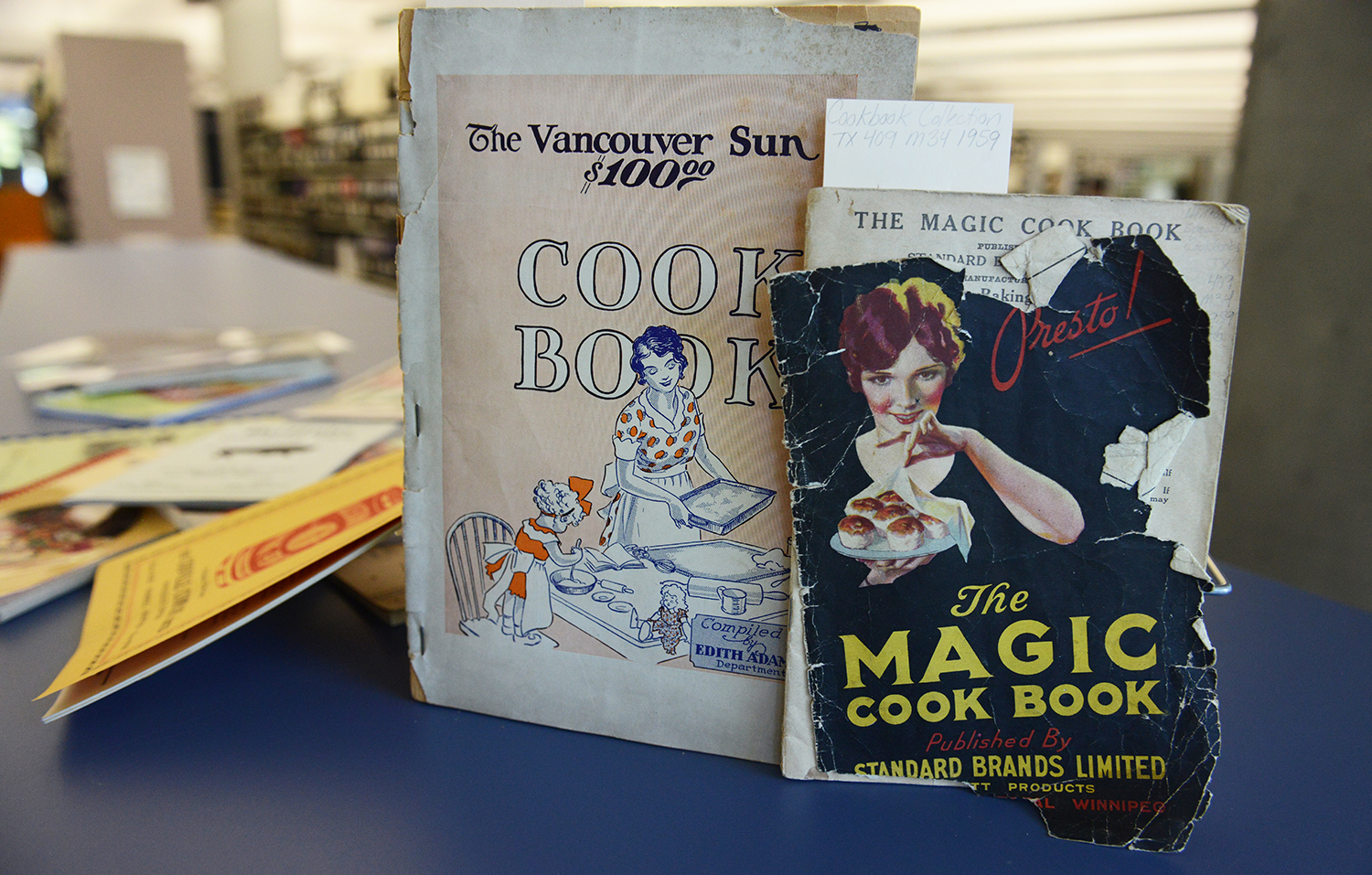 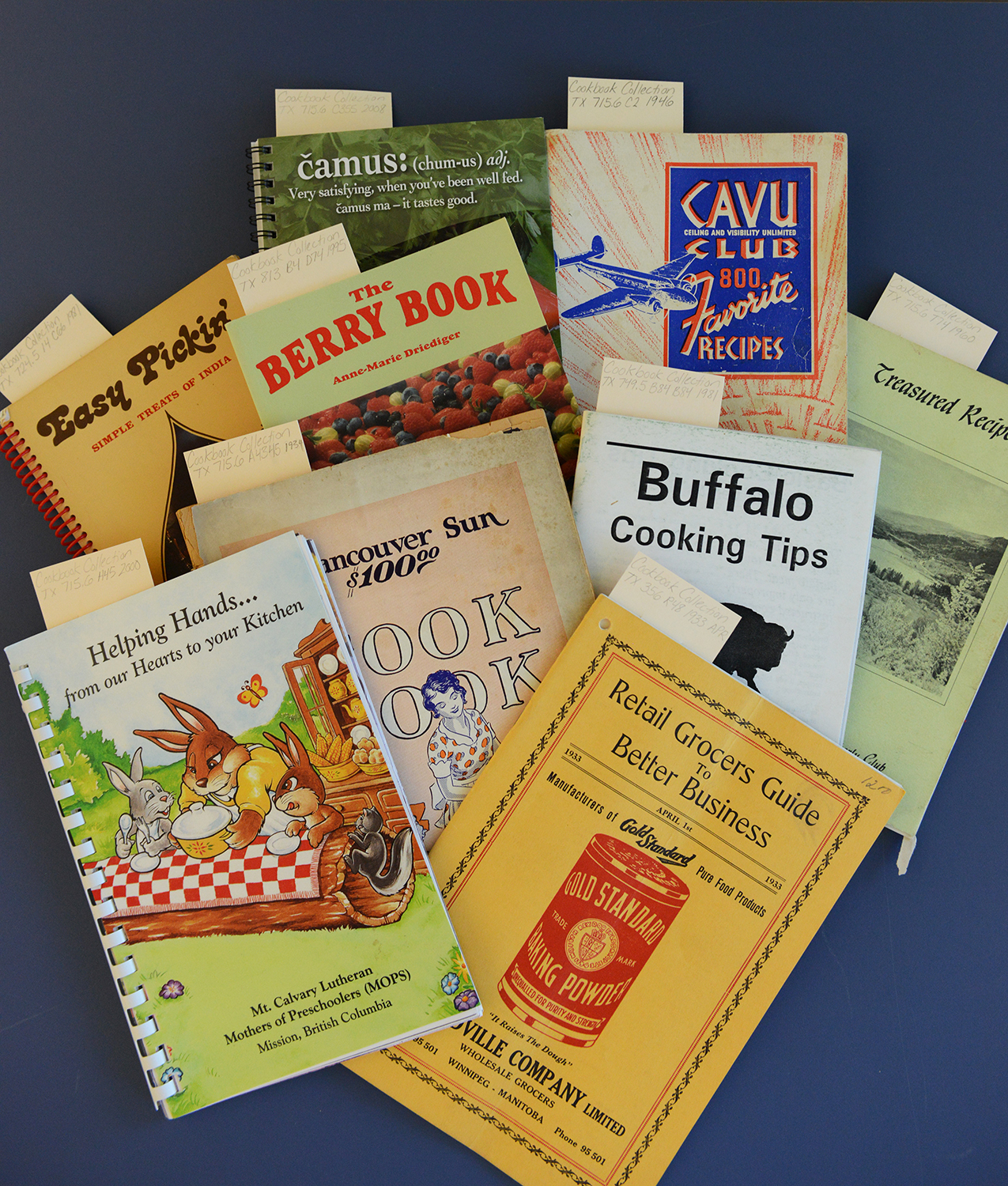 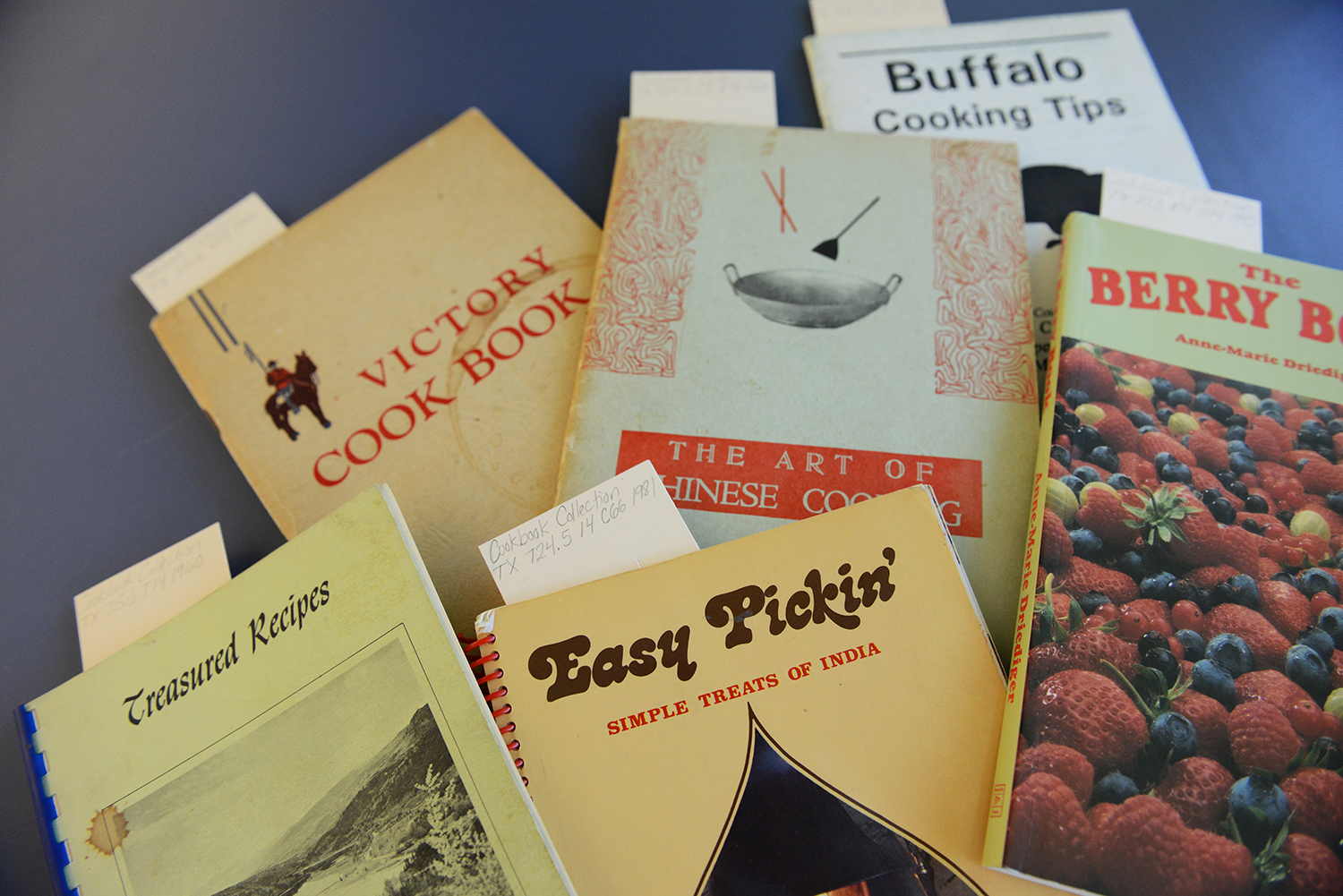 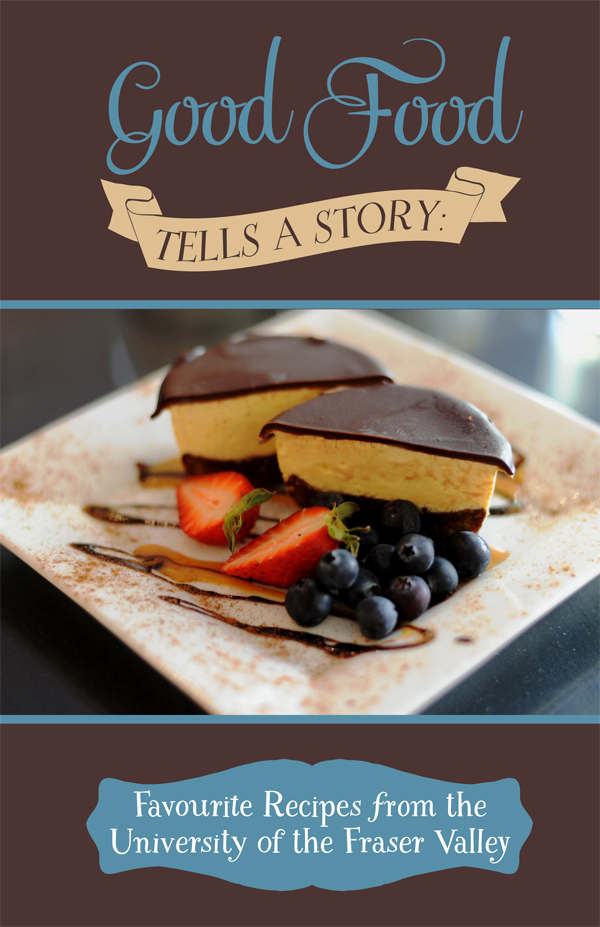 as a fundraiser for the Newman Collection.  In it you will find recipes and stories as diverse as the staff and faculty who submitted them.  From baked salmon tails,  to  Wareneki, to Rabbit, Madrid Artist-Style or Figgy Duff and Nanaimo Bars, there is something for everyone.
Partial proceeds from the sale of Good Food Tells a Story will go towards building the Newman Collection.

About the Newman Collection 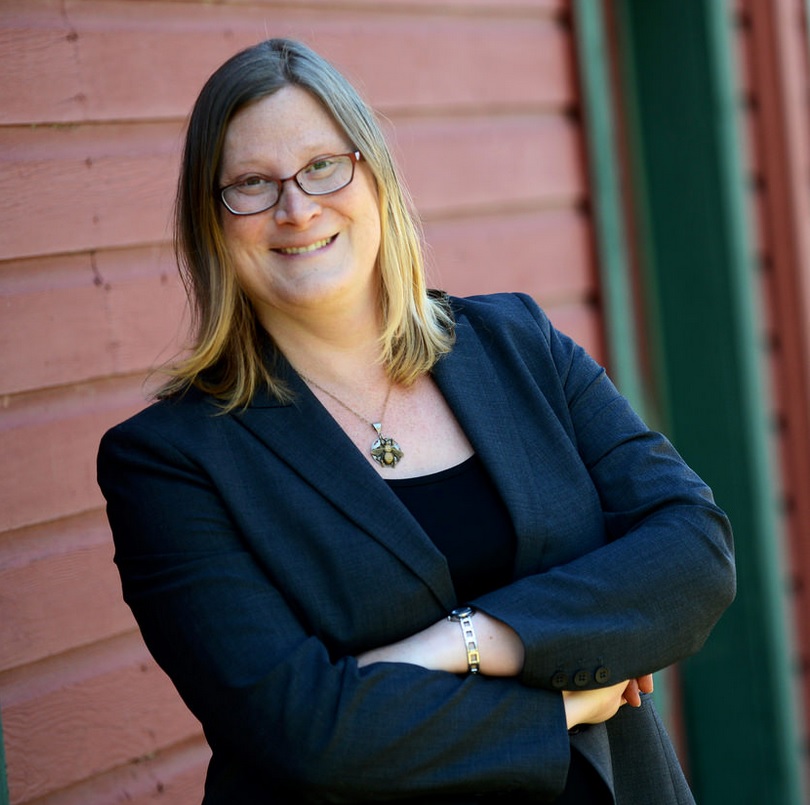 ood Security and the Environment.  Dr Newman was the driving force behind the establishment of the collection in the Fall of 2014.  Her research interests include food security; sustainable food systems/urban food systems; place, space, and urban nature; and urban spatial geography.

Dr Newman writes that the community cookbook came into its own in the early twentieth
century as printing costs fell drastically, allowing groups to put together collections of local recipes as a fundraising tool. Thousands of such books were produced, and recipes that had developed locally were passed around the western world. The recipes preserved in these books describe a way of life that is quickly becoming as remote as the world of the Romans. In their pages these little books preserve the day to day existence of people now gone, and from the books of UFV’s new culinary collection we can study the lives of the people who settled Western Canada. In particular they capture voices that were not well represented in other ways at the time; cookbooks expose the lives of women, and the lives of minorities. Timely preservation of these books is now critical, as they are all too often discarded over time. Their preservation ensures future researchers will have access to a critical period in the development of Canada. We are a diverse nation, and have come to understand each other in part through the sharing of food.

It is our hope that researchers from the academic and professional realms will find a wealth of information within the pages of these cookbooks to inspire further inquiry and creativity.

Click HERE to listen to a discussion between Mark Forsythe and Mary-Anne MacDougall about the Newman Collection in January 2020.

Recipe of the Week

#UFVrecipes #HeritageCookbook
Dreaming of the tropics? Let this recipe for Toasted Coconut Layer Cake transport you there! Taken from the cookbook Glamourize your baking with Tropic Isle coconut. 🥥🍰https://t.co/68PYSRAIwb pic.twitter.com/k57y9Agh6k 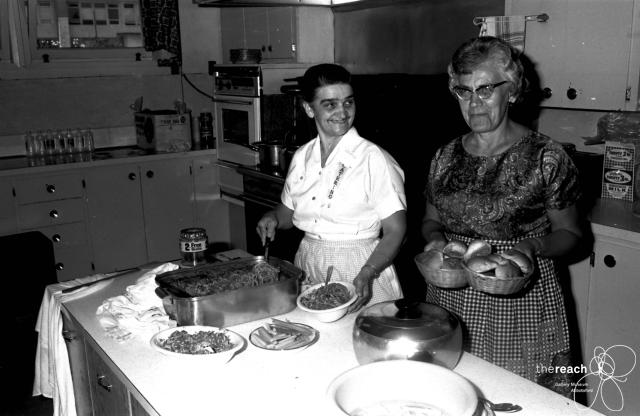 P21939 - Used with permission from the Reach Archives 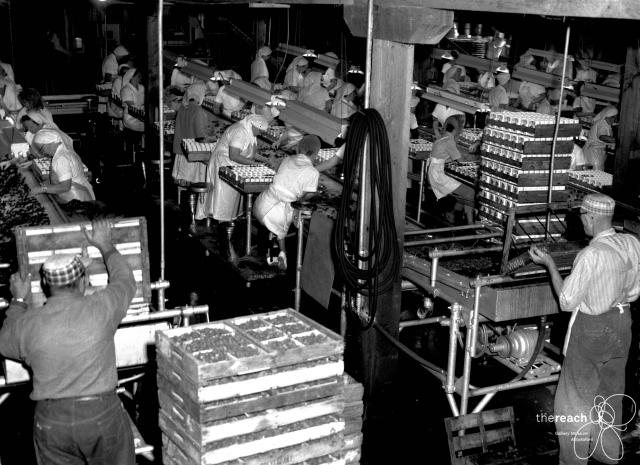 P15745 - Used with permission from the Reach Archives 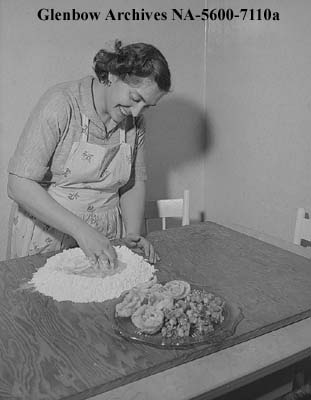 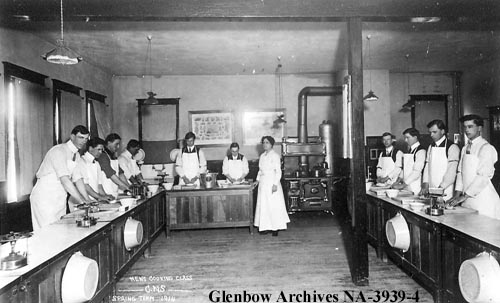 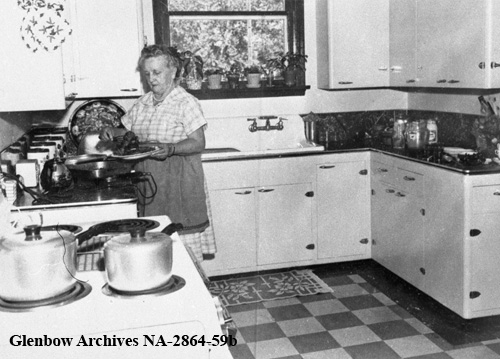 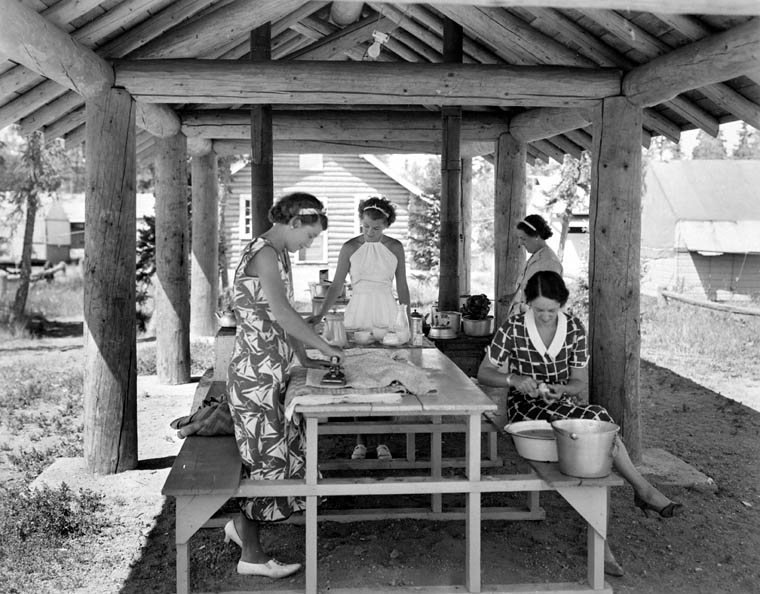 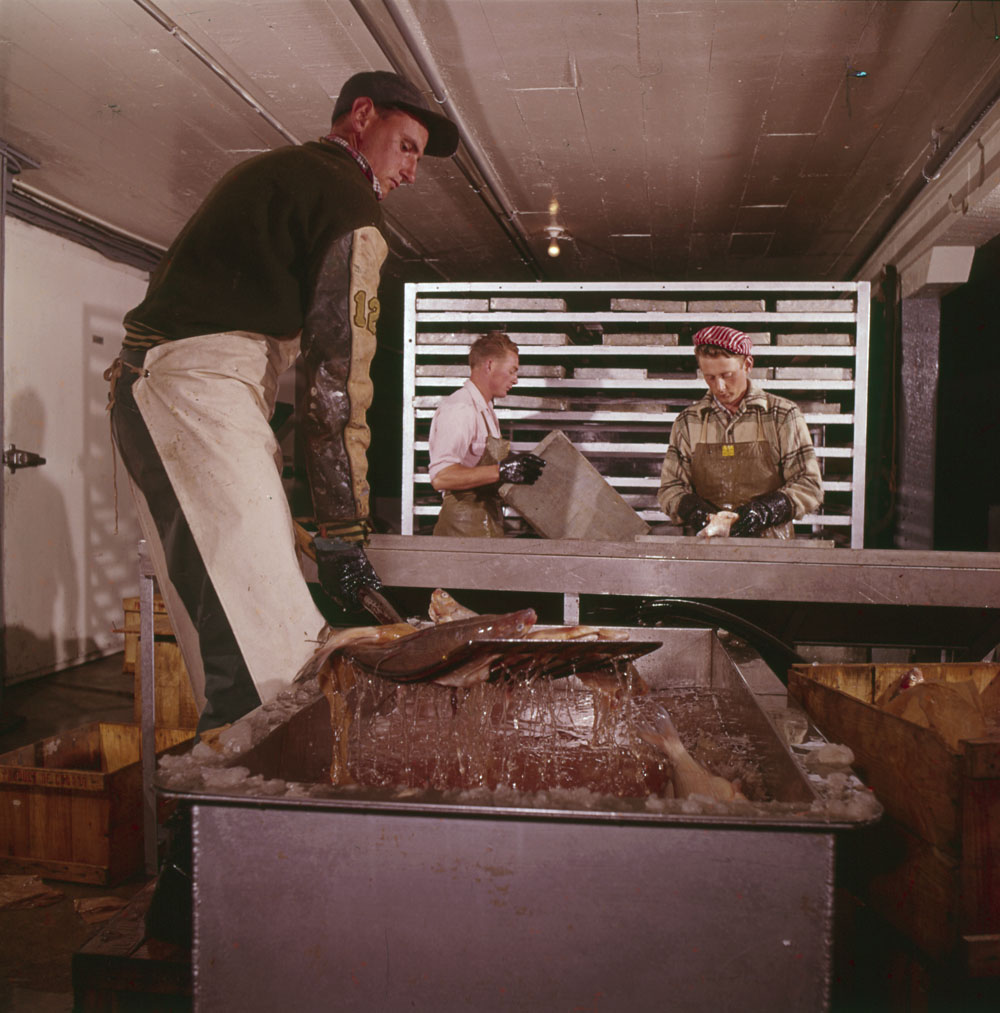 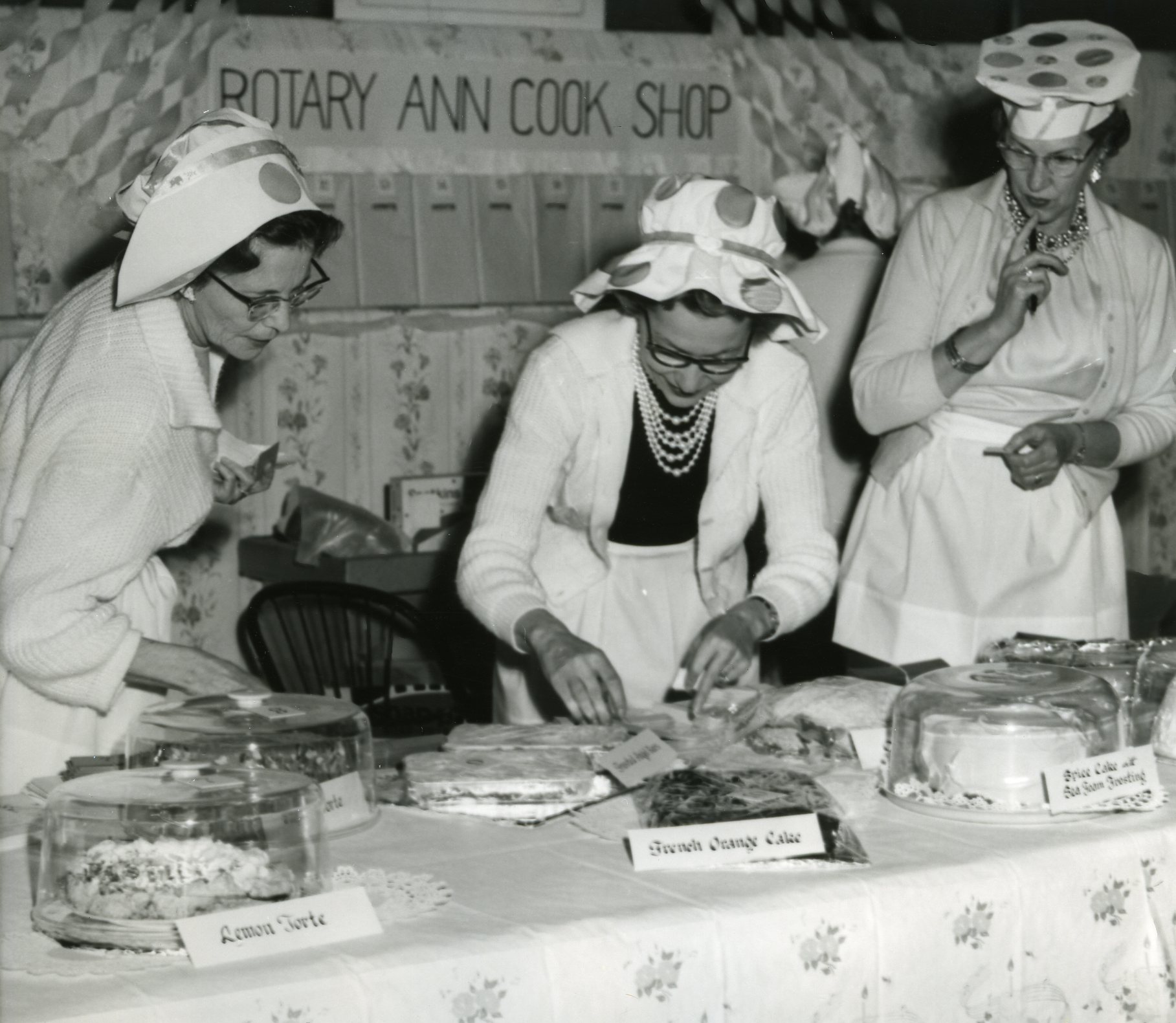 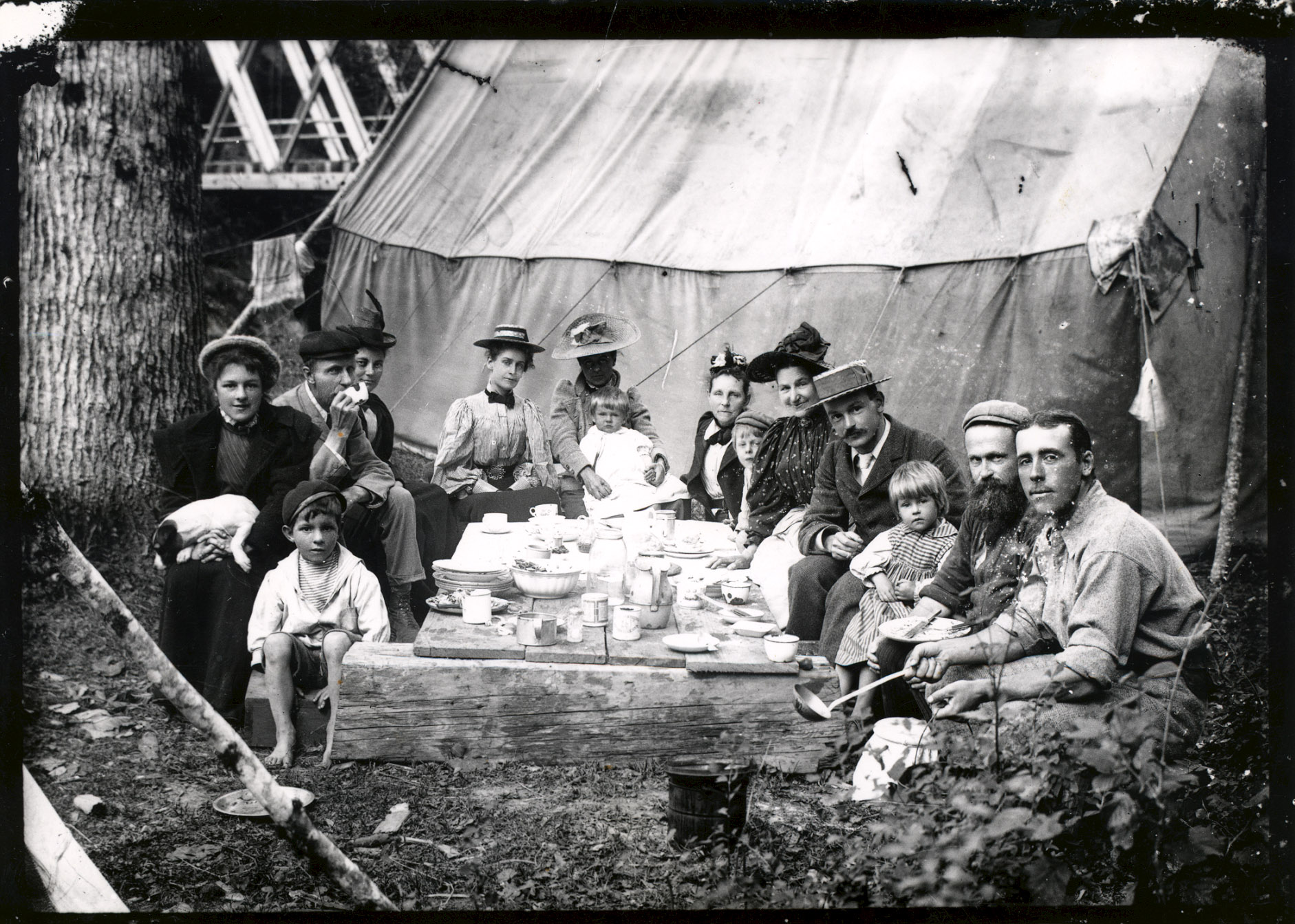 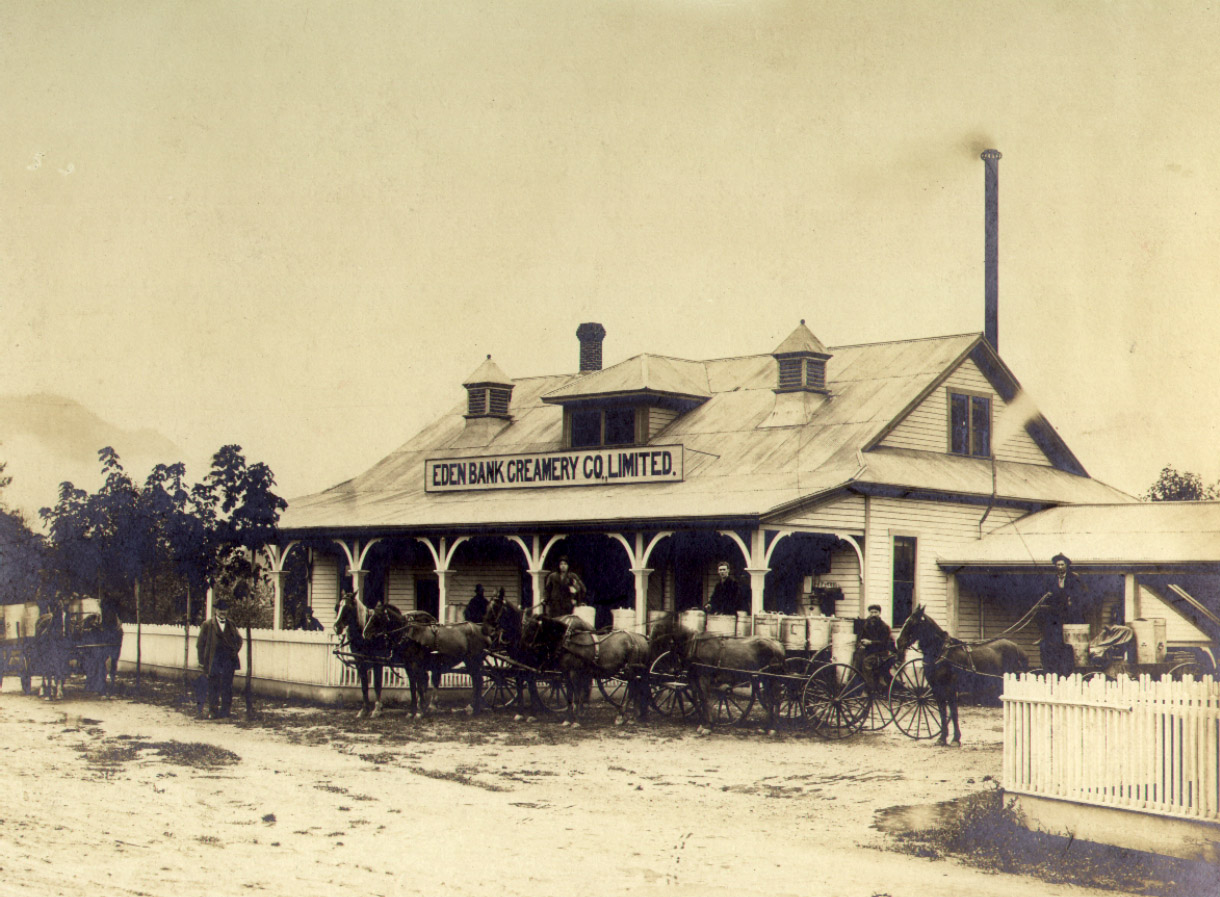 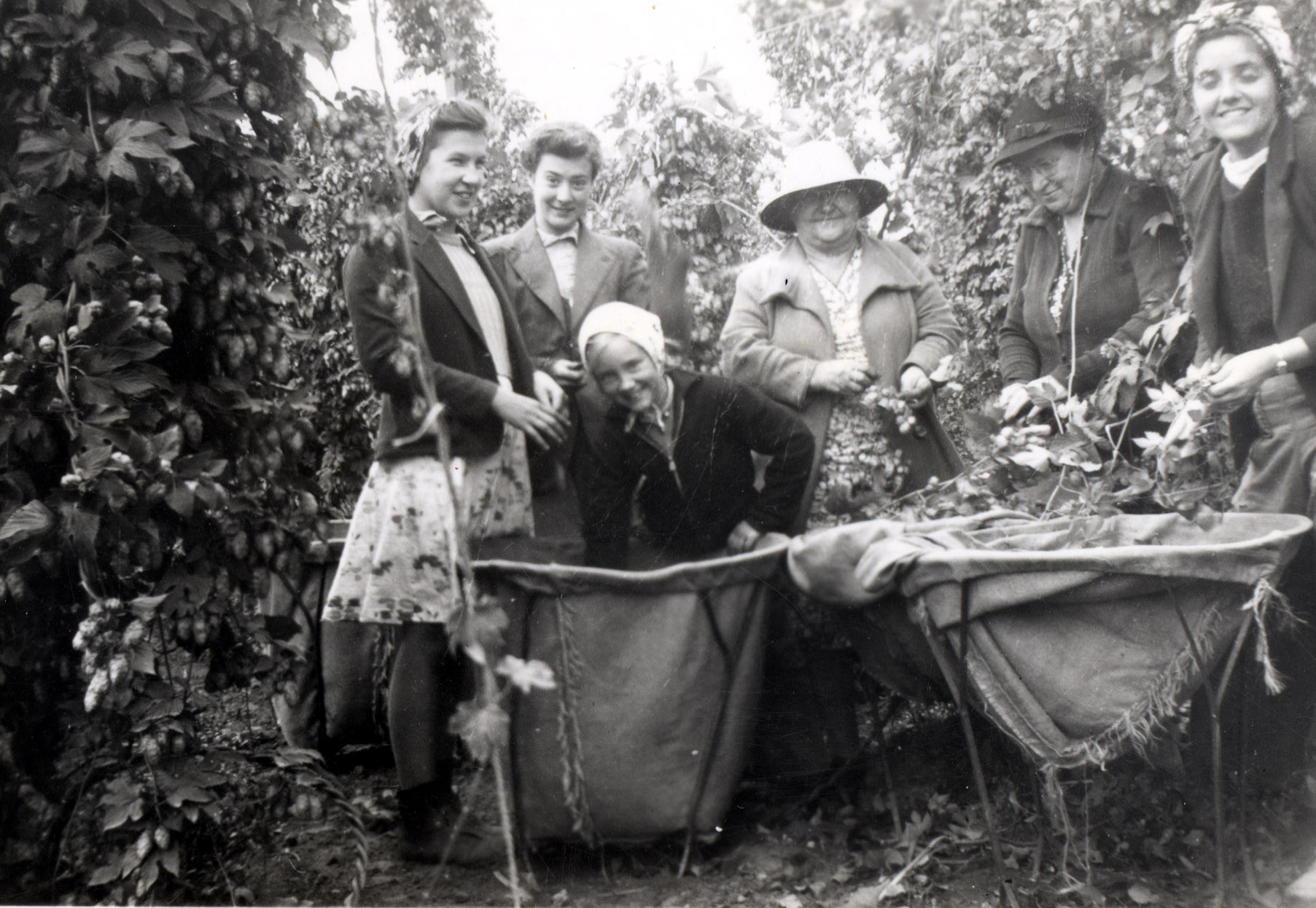 On September 24th, 2015, the UFV and broader community gathered together for 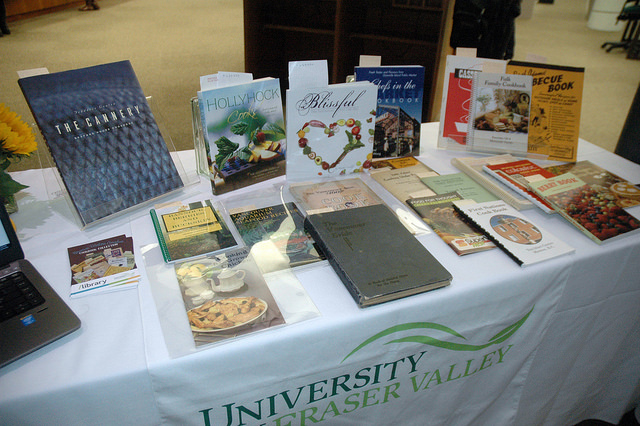 a celebration of UFV Library's new Special Collection - the Newman Western Canadian Cookbook Collection.  We unveiled our new UFV Cookbook of favourite recipes, Good Food Tells a Story, as well as celebrating the MSA Museum's publication of Abbotsford: from Village to City.

Library Hours
refabby (at) ufv (dot) ca
Meet with a Librarian
Library Locations
Library Maps: Abbotsford, Chilliwack
Assignment Planner
Citing Sources
Chat loading...
The University of the Fraser Valley is situated on the traditional territory of the Stó:lō peoples. The Stó:lō have an intrinsic relationship with what they refer to as S’olh Temexw (Our Sacred Land), therefore we express our gratitude and respect for the honour of living and working in this territory.